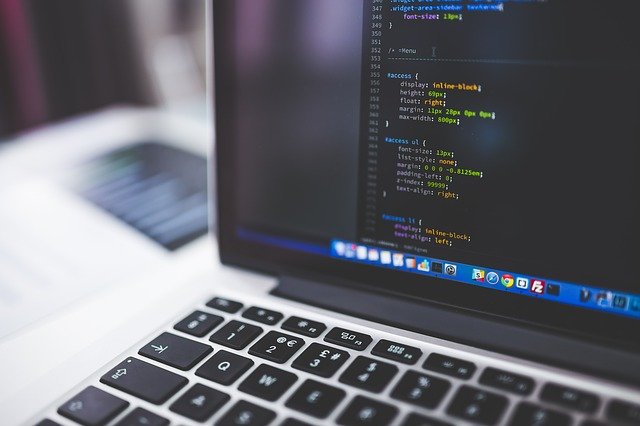 One of the artworks by generative artist and engineer Anna Lucia, the underlining data of which was an elevation map of the edges of lake Nasser, the artificial lake that formed after the construction of the Aswan High Dam.

The term “creative coding” may sound odd because the two words don’t seem to go together; the term “coding” is usually associated with pragmatism and logic rather than art and creativity. However, creative coding is where self-expression and logic meet to form a unique and rather beautiful form of modern art.

Creative coding falls under the umbrella of algorithmic and generative art, which, in essence, means art that is generated by a computer or algorithm. To better understand this art form, Egyptian Streets asked generative artists and engineers Anna Lucia and Islam Adel about what creative coding is, why they decided to venture into it, and what they hope to achieve from teaching their upcoming algorithmic art course at Cocoon Cultural Center from 8 November until 1 December.

How would you describe creative coding to those who don’t know much about it?

What first attracted you to algorithmic art, specifically creative coding?

Anna: In high school, I always had an aptitude for physics and mathematics, but I was also very creative, so I decided to go to art school. I decided to leave it after one year and pursue engineering instead because I was really missing the physics and mathematics [aspect]. However, I was still always looking for this creative outlet. I explored a lot of different things throughout those years and nothing really stuck with me until I stumbled upon creative coding and generative art, which, for me, was a perfect combination of being able to express myself creatively and create beautiful imagery while at the same time having the possibility of [incorporating] mathematics and physics into it. I’ve been working in it ever since and can never imagine not doing it.

Islam: I’ve always been fascinated by all sorts of natural phenomena and their mechanisms. At first, I decided to pursue this interest [by studying] engineering, as it was one of the few fields that allowed me to study these phenomena and appreciate their beauty. During several of my courses, I had to write programs that simulated a certain system or solved a problem, and I had a lot of fun just playing around with the parameters and seeing what would happen: just a lot of “what if?” questions that I was curious to know the answers to. A lot of the results I got were very surprising and visually interesting. There was a sense of experimentation and exploration in seeing the non-obvious relationship between what I wrote and the visual patterns that emerged. It took …….

By CodingPosted on November 2, 2021RSS Feeds